Thursday December 14th at 1:59am the Loy Yang A 3 coal unit, supplying 560MW of electrical output, tripped! After major outages in South Australia in the summer of 2016, it begs the question on how Tesla’s integral piece of the green revolution was not implemented years before. The proof is in the pudding and Tesla have made sustainable energy infrastructure look a piece of cake. While others are just talking, Tesla are delivering their energy plan and demonstrating its remarkable capabilities. Responding before the original power plant completed its disconnection from the grid, the battery injected 7MW of power to the grid in milliseconds! To put that into perspective, the unit is more than 621 miles away from the battery site and it was faster than the Australian Market Energy Operator (AEMO) data collection hardware could record (maybe Tesla need to look at that too).  Quite remarkable.

Tesla’s 100MW battery was constructed in less than 100 days and since going live on December 1st, it has already proved to be a faster, cleaner, more self-sufficient and affordable energy system. To put in comparison, the fossil fuel generator must literally rev up a colossal turbine before it even thinks about supplying any output. Another downside being is that it delivers far more energy than required as a form of insurance for its blatant incompetence in non-peak times. It’s simply not feasible.

To say that Tesla’s batteries prevented another complete blackout in South Australia wouldn’t be fair as the coal-powered backup did react...eventually.  I think what’s important here is the sheer speed and efficiency of the batteries, it was able to respond, stabilize the grid, and finally go back offline before the backup generator contracted to do the same even finished starting up. With this technology in place, the grid is much more stable and in the long run, due to efficiency, it will save a hugely significant amount of money. It is sheer proof that digital battery technology will play an integral role in the power grids of the future and Tesla are quickly becoming a one-stop shop for sustainable energy. Batteries can pull grids through shortages, no matter the weather, and they are one of the most important technologies as we head towards a clean and renewable future.

Tesla are not the only company who are shaping the future of clean & sustainable energy infrastructure. We here at Hyperion Executive Search stay at the cutting edge of technical understanding within the industry, aiming to expand our knowledge to remain at the forefront of the sector. We are working directly with market leaders in battery technology and energy storage in the UK and across Europe. We feel a genuine responsibility to ensure that we find the best people for the best companies for ultimately the best possible future of energy generation and efficiency. We’re here to build long term mutually beneficial relationships with companies of the future and our passion for clean energy is central to everything we do.

Only commissioned on December 1st, a Tesla megabattery (the Hornsdale facility) ‘stepped in’ to balance the grid – reacting in 70ms  and beating by far the contracted 6 second response time from another power plant. Though ‘unexpected’, the value of battery support for electric grid operations has again demonstrated itself. 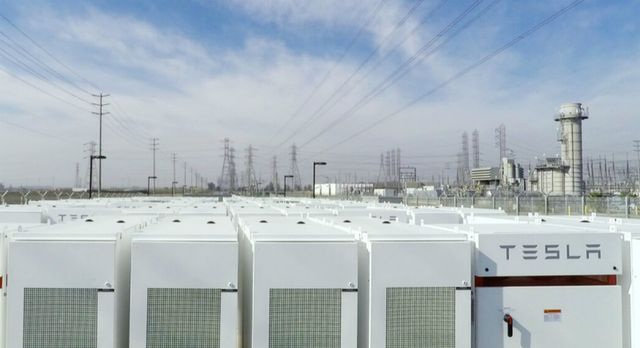