Since jumping into the industry in 2014, it's actually really difficult to exaggerate the changes I've seen in the discussion surrounding renewable energy. The extraordinary progress in just a few years has moved the future much closer and now, unbelievably, it's right on our doorstep!

In 2017, Bloomberg predicted that $10.2 trillion will be invested in new power generation capacity worldwide to 2040. Of this, 72% going to renewables. And, with the recent endorsement from more than 250 cities across the US backing a switch to 100% renewable energy by 2035, the goalposts have most definitely moved over the last decade or so.

In this recent article, there is even more reason to be optimistic about the future of renewable energy.

Jim Robo, CEO of NextEra Energy, on a Q4 earnings conference call, predicted that 'by the early 2020's, it will be cheaper to build new renewables than to continue running existing coal & nuclear plants'

With the ongoing decline of the cost of renewables (and congress not meddling with federal tax credits for clean energy) Robo believes that they will remain competitive even as subsidies fade out. Wind Turbines are getting taller, blades wider and they're getting more sophisticated as they're getting cheaper after all!

I think the biggest thing to take from Robo's comments and his outlook for the coming years is that alternative energy - what was once seen as a quaint hippie enthusiasm - is no longer alternative culture and has very much edged into the mainstream, commercially & politically. This is not coming from a climate change angle or from a liberal business flying the green flag, but a company who understands that there is money to be made on renewables.

Another item that caught my attention and something we're hearing a lot about currently, is the ambition to combine renewable energy projects with storage to provide an around the clock product designed to meet customer’s needs. If renewables can hook up with storage to become a 'nearly firm, shaped product' then they can start competing directly with fossil fuels and be able to bid into energy markets as firm capacity, not just energy.

It's shaping up to be another exciting year.

On a Q4 earnings conference call on Friday, Robo predicted that by the early 2020s, it will be cheaper to build new renewables than to continue running existing coal and nuclear plants. This wasn’t some aspirational post on the company blog, either; it was a call with investors, to whom Robo is legally beholden. And it comes on the heels of other mind-boggling news from the utility sector, like a solicitation for energy bids in Colorado that turned up renewables+storage projects that will come within striking distance of existing coal plants by the early 2020s 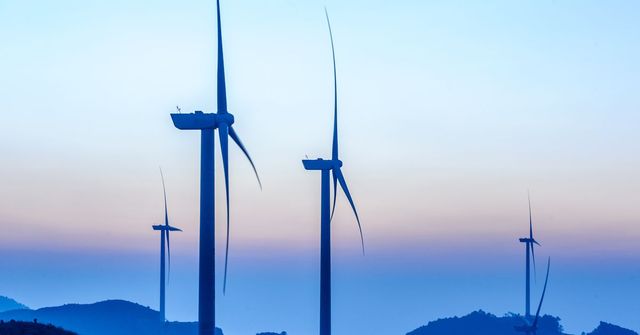 Straight from the horse's mouth! https://t.co/cZuNo7tswl

Utility CEO: new renewables will be cheaper than existing coal plants by the early 2020s https://t.co/EmdZTtF8Q2

.@NextEraEnergy CEO Jim Robo predicts that by the early 2020s, it will be cheaper to build new #renewable #energy projects than to continue running existing coal and nuclear plant https://t.co/wOSV2zBN2r

Renewable wind & solar energy options will be cheaper than coal & nuclear by the early 2020s 💨🌞https://t.co/iv2zVRVVCd