A potential rival to Tesla in electric vehicles just got a big boost from Amazon.

The online retail giant is leading a $700 million investment in Rivian, a Michigan company that is developing a battery-powered pickup truck and an electric sport utility vehicle.

This deal is the latest example of how the auto industry is being reshaped by new technologies and how nimble companies that have raced ahead of many traditional carmakers.

While General Motors, Ford and others are scrambling to introduce new electric vehicles, Tesla has become by far the leading seller of EVs in the US and Waymo, a division of Google’s parent company Alphabet, is considered by analysts to be the leading developer of autonomous vehicles.

With Trucks and SUVs becoming increasingly more popular than cars with U.S. consumers (and customers seem willing to pay more for them) the business case for an electric pickup could be stronger than one for a sedan given how much money companies have had to sink into electric batteries/ motors and how difficult it has been for companies to make money on electric cars.

A successful electric pickup from an upstart such as Rivian could pose a serious threat to the US automotive industry  - definitely one to keep an eye on!

This investment is an important milestone for Rivian and the shift to sustainable mobility,” said RJ Scaringe, Rivian Founder and CEO. “Beyond simply eliminating compromises that exist around performance, capability and efficiency, we are working to drive innovation across the entire customer experience. Delivering on this vision requires the right partners, and we are excited to have Amazon with us on our journey to create products, technology and experiences that reset expectations of what is possible 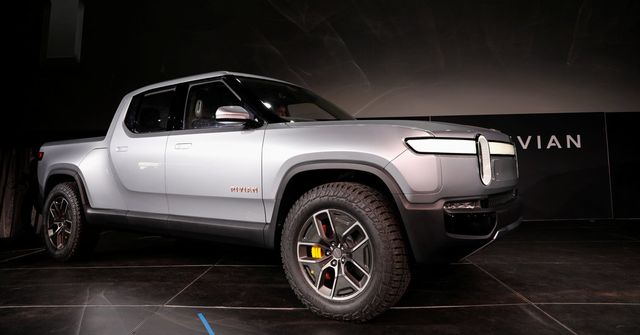