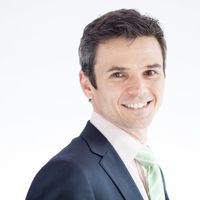 The state of Queensland in Australia might be most famous for its beaches, sunshine and not-so-green coal industry.

Well, yesterday AGL, one of Australia`s largest utilities, announced plans to expand its existing battery storage plant in Queensland up to 1,000 MW over the next 15 years.

This is even more remarkable given the fact that the federal government has not chosen any battery project to be supported by its New Generation Investment Scheme (which is so far only supporting existing technology like peaking gas generators).

This project will continue the economic success story that renewable energy projects are in the Sunshine State of Queensland.

According to the State`s Energy Minister Queensland has seen $4.7 billion worth of investment in renewable energy projects since December 2016, creating 4200 jobs. As a result, 5500 megawatts of renewable generation capacity has been created.

Well done Queensland and keep up the good work!

Thousands of jobs will be cut in the German Auto industry due to technological restructuring.
Anonymous